Wondering if there are surfable waves someplace you've never visited? Or have you had an injury and want to compare experiences? Do it here!

Grooter wrote:Mate you should write a book about this its fantastic

Haha yeah you can't make this shit up.

We got herded into the kombi by Mike, who was peaking.
He had gone from earth child to fugitive from a brutal regime in the space of seconds and was shitting bricks.
The doors slammed shut, and we were off down the road in a cloud of dust. He didn't slow down for corners, or people, which wasn't doing much for our state of mind either. The fear on his face gave a hint of what Sth. African authorities did to people they don't like, and they didn't like people with long hair and surfboards for starters and don't even think about the weed, which was stinking out the kombi just quietly.

The kombi hurtled down back roads to keep a low profile until we got out in the sticks again. The trouble was every road was a back road around here, and a kombi with 8 boards on top wasn't exactly inconspicuous.
We got a good distance between us and Port St. Johns and Mike the Mushy seemed to go off the boil a bit, but he was still tense and flogging the kombi.
Then the most remarkable thing happened. There were 3 people walking towards us down the dusty dirt road.
Two of them were black and the one in the middle was white, as we got closer we could see they were laughing and sharing an enormous joint rolled in newspaper. One of them was f**ken Hicksy!!
No time to ask questions, the kombi barely came to a stop, the side door slid open, several arms came out, grabbed Hicksy by the scruff of the neck and yanked him in.
The door slammed shut as we took off again. He could't find his passport, and had come back to find us. He had gone around the border check point on foot on a back road, bumbled into his two new friends and then us.
He was so relieved when I handed him his passport, all was right with the world again, well……

We pretty well put all that drama behind us, the further we got away from civilisation (if you could call it that) the more relaxed things got. Mike had one more stop to make in the Transkei, then it was an express all the way to Johannesburg airport, he promised.
We stopped at a general store in a shitty little town that consisted of nothing more than a general store and a few houses. It was at least 60 or 70 Kms from anything. Inside was a white friend of Mike's who owned the store. He took us out the back of his store to a kitchen area where we all sat down around a table and had tea and cake served to us by his black housekeeper. (by the way, almost every white household in Sth. Africa had a black housekeeper)
I went to lift the teacup to my face when this guy told me not to drink it, none of us were to eat or drink anything brought by the housekeeper. It was "mooti" (the double o pronounced like roof) black magic.
This guy was only the second white person we had seen in the entire Transkei, the checkout chick at Port St. Johns being the first.
The bloke explained to us that the local witch doctor had a spell on him, and was using the locals to administer more black magic on him. He was as mad as they get. His ramblings made no sense and we were starting to get pretty uncomfortable when he offered us all a length of woollen string to tie around our necks, it wards off the mooti. He was wearing the wool, but obviously it wasn't working.
Eventually Mike got us out of that place and bid his mad mate farewell. He explained to us that the housekeeper puts a drug in his food and drink, made up by the local witch doctor from a herb, which sends him insane. It's common practice around those parts, so they can walk into the general store and take what they want right under his nose. He thinks it's magic, it kind of is in a way.

We got out of the Transkei, the border was no problem, Mike seemed to know the guys at the checkpoint and babbled away in the local language to them for a while.
It was all black top highway now, and plenty of it. We took turns driving and all relaxed for once. The last stretch into the big smoke was my watch, Mike was due for a sleep so he gave me some simple directions, told me to wake him if I got lost and crashed out.
It was just getting light when I woke Mike to tell him I wasn't sure where we where. He rubbed the sleep out of his eyes, looked around and freaked…again. We were in the middle of Soweto.
He didn't hesitate to jump in the drivers seat and drive like a madman again. The sun was just coming up and thousands and thousands of people were filling the streets to start their day. Apparently this was dangerous, I didn't see why but there's no doubt Mike did. He got us out of Soweto and back on track to the airport where we finally arrived with a few hours to spare.
We all said our goodbyes, made genuine promises we would never keep to say in touch and went our separate ways. Harry, Hicksy and I got back to Perth flat broke, we only had money to get halfway across the Nullarbor in my Valiant which was left at a relative of Hicksy's place. I can't even remember how we got home but we did. I think I sold my cassette collection to some young guy pumping petrol at a roadhouse in Eucla. 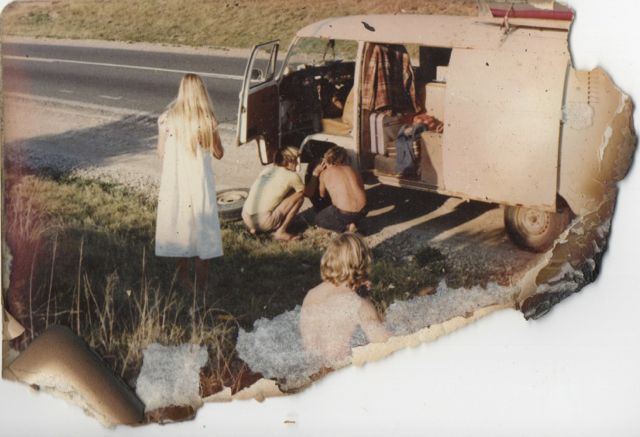 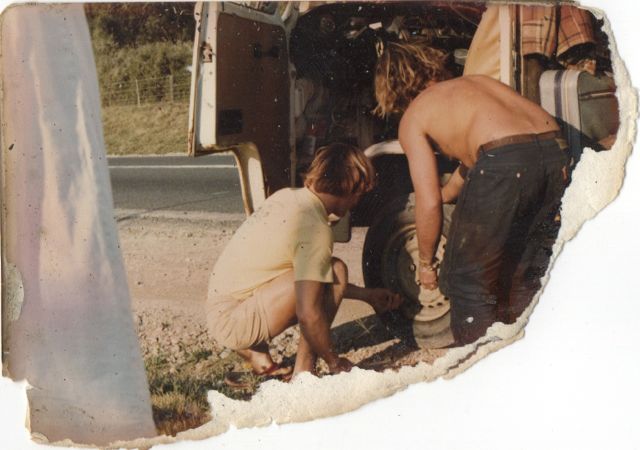 Excellent story MM.
I'll "sticky" it for a while I think.
#sixfeetissixfeet!
Top

Gotta love the Saffies. I've met a few in my travels and formed enduring friendships with them. The Boers are funny as fuschia with some of their perceived lack of finesse and manners. If you want to get rid of some door to door ijit get the Boer to answer the door!

Great story MM, definitely think about writing a book... you might need to flesh out things a bit more, like the danger in Soweto and include Mike's life story...I reckon some of his adventures (are you still in touch?) would be good reading.

He was right to fear the army. The army police were nothing it's when you get back into the hands of the army. As I said I know a few Saffies. A lot of white ones got out because of the onerous national service requirements and if you were "English" rather than Boer, things could be tougher for you. Known dissidents were used for cannon fodder or literally worked or trained to death. A Saffie colleague of mine of English persuasion witnessed the hard time they gave to people they didn't like while he was doing his national service, he just kept his head down and stayed out of trouble as best he could. Part of his reason for emmigrating when he did (to Aus) was to escape his next round of national service. He'd seen and had enough. The SA Army in those days was a brutal place if you were a conscript. He told me of days where during his worst 6 weeks, also his last, where this Captain Powers had them out training in the hot sun for hours until they dropped and passed out from exhaustion. He was a Boer (they like to call themselves Afrikaans) in charge of a mostly English platoon. There was apartheid even amongst the whites. If you were singled out for special treatment your life would be a misery worse than hell in the army. It was not unusual for some to die of heart attack, they didn't care. That's how they got to any educated whites with those communist ideas of equality for all and kept them in line.

My colleague told me of the treatment given to an "English" journalist that had been critical of the government. He said he must have had a good heart because they flogged him and flogged him, all the while mocking his ideals. Apparently he continued writing further critical articles but from the safety of asylum in England. There were a heap of whites and colours who left SA in the 80s because of these kinds of goings on. A heap of them joined Fujitsu Australia where I worked at the time. So I got to hear the story from both a white and a coloured perspective. The coloured citizens were allowed to go to university and had some privileges and lived better than the blacks. This according to them was part of the the brutal intention of apartheid, for coloured suburbs to provide buffer zones between the white and black areas. I don't know whether that was true or not, they even told me stories of how the street lights had different colours depending on whether it was black, white or coloured, for night bombing raids if it became necessary. The Lord knows whether this is fertile imagination or truth.
Top

why can't I see the photos?
Top

The pics disappeared with the change of site a couple of days ago Slowy. Loaded again

Re; writing a book, haha no until now I'd never written anything since the days when everybody wrote letters and postcards to communicate. Not my thing.

We met a guy in Durban at the start of the trip who told us about his experience doing his national service.
Did his initial training, then next thing he knew he was jumping out of a plane and firing an automatic rifle at people (killing them) on the ground while he was still coming down under the parachute. A very unconventional army by the sounds of it. He also was involved in training attack dogs, that could do all sorts of super-dog stuff like run along the tops of fences and walls, run through fires and naturally...kill people.

A couple of years before our trip a friend of ours from Sth. Oz had been stopped by the police while walking down the street in J-bay.
They asked to see the palms of his hands. He had the tell-tale stain on one palm from crushing mull with the thumb of the other hand, which was the accepted way to mull-up in S.Africa, you were labelled a kook if you did it any other way.
That stain was all the cops needed to haul him away and beat 7 different kinds of piss out of him. They hung him up from an overhead pipe by handcuffs with his feet off the ground for the best part of a day. Years later the feeling never returned to parts of his hands from the damage it did to his wrists.
A brutal place to be sure. After being in the country a while I started to feel like some soft, privileged snotty nosed rich kid with my Aussie upbringing.
None of the locals could believe it when we tried to explain the concept of "the dole" to them.

Thanks Mentone, it's a miracle I can see!
Top
Post Reply
42 posts

Users browsing this forum: No registered users and 2 guests