Not so esoteric, but still ok is the celadon stuff. Lots of it in Chiang Mai 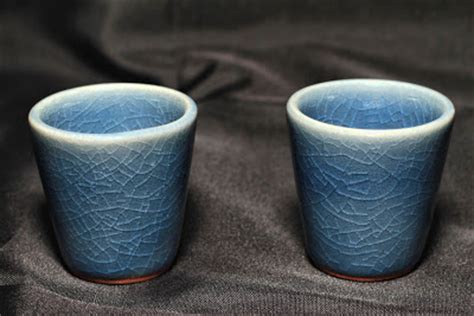 This is of course totally on topic.
“I don’t necessarily agree with everything I say ”— Marshall McLuhan
Top

Staying on topic then
That's not really celadon cranked, this is celadon: 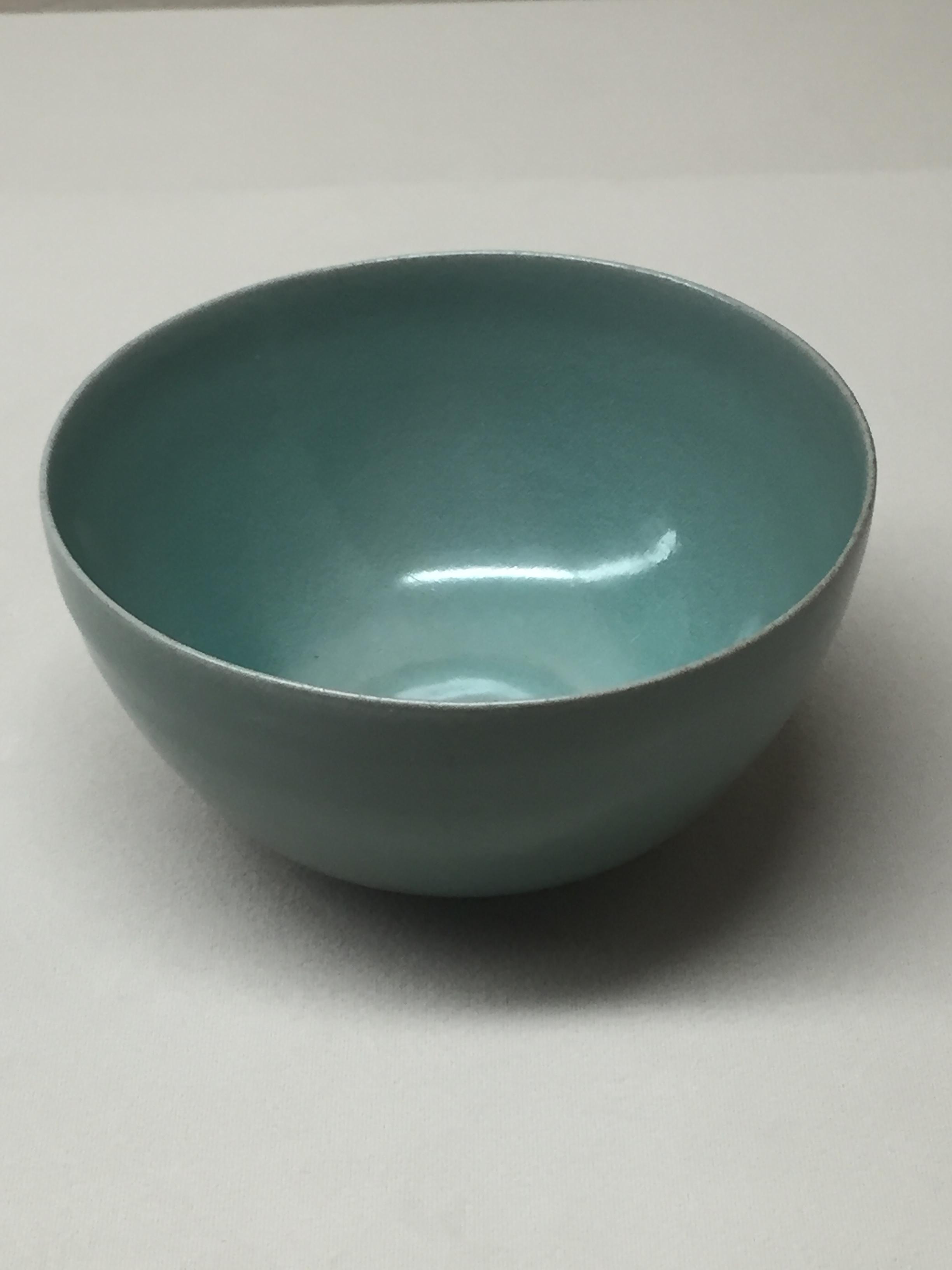 black duck wrote: ↑
Sat Oct 19, 2019 11:02 pm
Here is one of the oil spot glazed pots i made back in the day. It's a yellow spot and a bit of a small spot which was a bit shit in that it wasn't well defined like the Song dynasty ceramics spots. 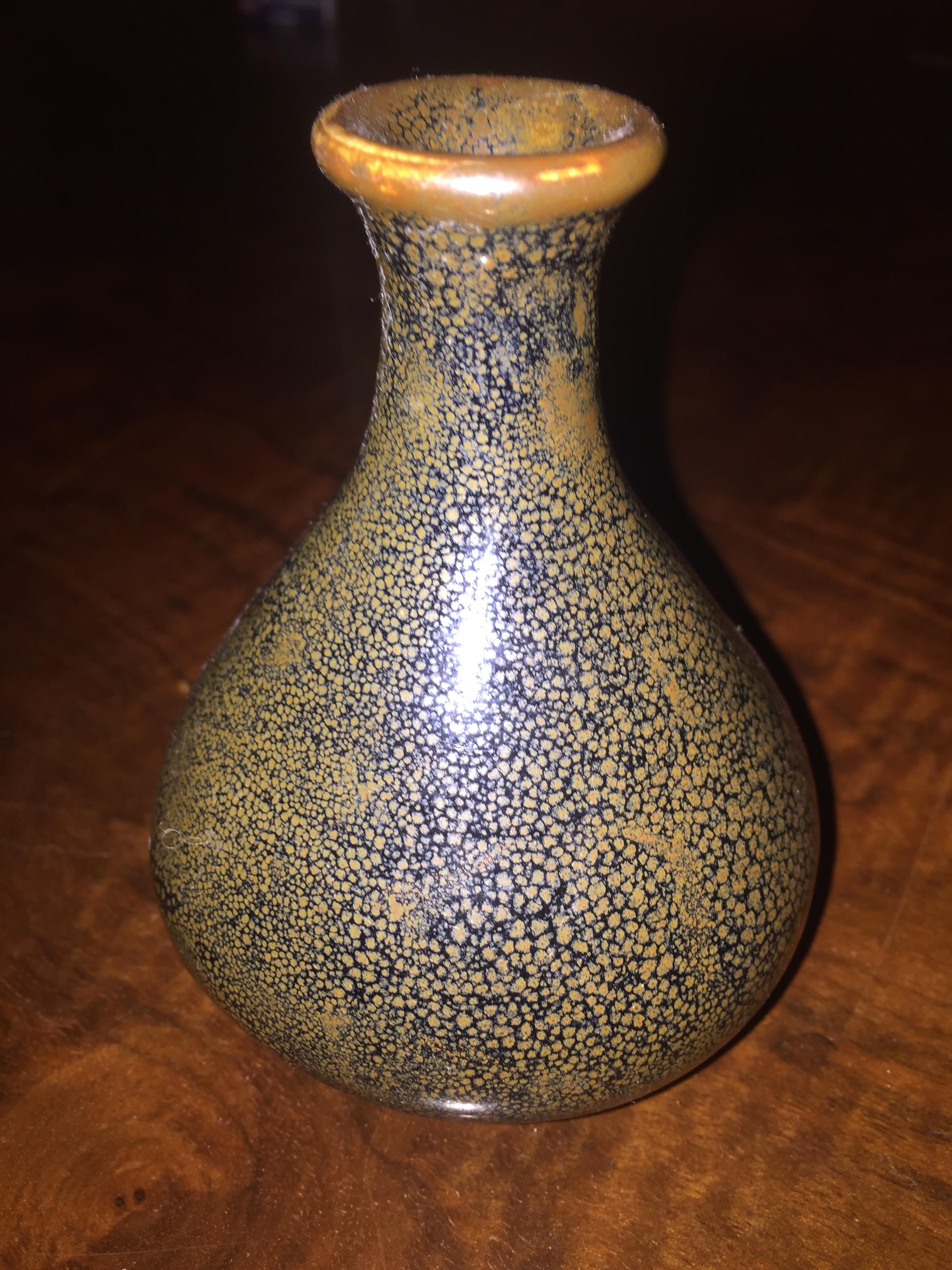 Where'd you get the bones from, coops?
Top

You hidebound traditionalist Duck. I think the addition of blue to the celadon canon is a done deal now.

"On topic" was my apology to the realsurf police for straying into pottery in the "Just general surfing stuff" thread, not a response to that beautiful creation of yours.
“I don’t necessarily agree with everything I say ”— Marshall McLuhan
Top

Nice stuff, Duck. Like so much technology Asia was light years ahead of the West. Not to mention aesthetic theory.

One of reasons China could produce porcelain was because they had worked out how to create a blast furnace using bellows and raise the temp higher than anyone else.
Top

Were they any good at buttons?
Erase.
Top

Of course. Not Velcro though so of limited use to you.
Top

So Nat Young says Northern Beaches are pretty average (true compared to Yamba) but it’s even worse in the east and the southern sydney beaches according to the great man. Think I’ve surfed at Maroubra once. It was ok.
“Speak softly and carry a big stick; you will go far” — THEODORE ROOSVELT
Top

No arguments here. It's not much of a news flash.
Every dog has its day however.
Top

I don’t see much of difference is my take.
“Speak softly and carry a big stick; you will go far” — THEODORE ROOSVELT
Top

He sounded older than his age on the podcast I’d have to say.
“Speak softly and carry a big stick; you will go far” — THEODORE ROOSVELT
Top

In traditional Japanese aesthetics, wabi-sabi (侘寂) is a world view centered on the acceptance of transience and imperfection.[2] The aesthetic is sometimes described as one of beauty that is "imperfect, impermanent, and incomplete".[3] It is a concept derived from the Buddhist teaching of the three marks of existence (三法印 sanbōin), specifically impermanence (無常 mujō), suffering (苦 ku) and emptiness or absence of self-nature (空 kū).

Characteristics of the wabi-sabi aesthetic include asymmetry, roughness, simplicity, economy, austerity, modesty, intimacy, and appreciation of the ingenuous integrity of natural objects and processes.

According to Leonard Koren, wabi-sabi can be described as "the most conspicuous and characteristic feature of traditional Japanese beauty and it occupies roughly the same position in the Japanese pantheon of aesthetic values as do the Greek ideals of beauty and perfection in the far West."[3] Whereas Andrew Juniper notes, "If an object or expression can bring about, within us, a sense of serene melancholy and a spiritual longing, then that object could be said to be wabi-sabi."[4] For Richard Powell, "Wabi-sabi nurtures all that is authentic by acknowledging three simple realities: nothing lasts, nothing is finished, and nothing is perfect."[5]

The words wabi and sabi do not translate easily. Wabi originally referred to the loneliness of living in nature, remote from society; sabi meant "chill", "lean" or "withered". Around the 14th century these meanings began to change, taking on more positive connotations.[3] Wabi now connotes rustic simplicity, freshness or quietness, and can be applied to both natural and human-made objects, or understated elegance. It can also refer to quirks and anomalies arising from the process of construction, which add uniqueness and elegance to the object. Sabi is beauty or serenity that comes with age, when the life of the object and its impermanence are evidenced in its patina and wear, or in any visible repairs.

After centuries of incorporating artistic and Buddhist influences from China, wabi-sabi eventually evolved into a distinctly Japanese ideal. Over time, the meanings of wabi and sabi shifted to become more lighthearted and hopeful. Around 700 years ago, particularly among the Japanese nobility, understanding emptiness and imperfection was honored as tantamount to the first step to satori, or enlightenment. In today's Japan, the meaning of wabi-sabi is often condensed to "wisdom in natural simplicity". In art books, it is typically defined as "flawed beauty".[6]

From an engineering or design point of view, wabi may be interpreted as the imperfect quality of any object, due to inevitable limitations in design and construction/manufacture especially with respect to unpredictable or changing usage conditions; then sabi could be interpreted as the aspect of imperfect reliability, or limited mortality of any object, hence the phonological and etymological connection with the Japanese word sabi, to rust (錆, also pronounced sabi). Although the kanji characters for "rust" is not the same sabi (寂) in wabi-sabi, the original spoken word (pre-kanji, yamato-kotoba) is believed to be one and the same.[7][
A good example of this embodiment may be seen in certain styles of Japanese pottery. In the Japanese tea ceremony, the pottery items used are often rustic and simple-looking, e.g. Hagi ware, with shapes that are not quite symmetrical, and colors or textures that appear to emphasize an unrefined or simple style. In fact, it is up to the knowledge and observational ability of the participant to notice and discern the hidden signs of a truly excellent design or glaze (akin to the appearance of a diamond in the rough). This may be interpreted as a kind of wabi-sabi aesthetic, further confirmed by the way the colour of glazed items is known to change over time as hot water is repeatedly poured into them (sabi) and the fact that tea bowls are often deliberately chipped or nicked at the bottom (wabi), which serves as a kind of signature of the Hagi-yaki style.

Wabi and sabi both suggest sentiments of desolation and solitude. In the Mahayana Buddhist view of the universe, these may be viewed as positive characteristics, representing liberation from a material world and transcendence to a simpler life. Mahayana philosophy itself, however, warns that genuine understanding cannot be achieved through words or language, so accepting wabi-sabi on nonverbal terms may be the most appropriate approach. Simon Brown[9] notes that wabi-sabi describes a means whereby students can learn to live life through the senses and better engage in life as it happens, rather than be caught up in unnecessary thoughts. In this sense wabi-sabi is the material representation of Zen Buddhism. The idea is that being surrounded by natural, changing, unique objects helps us connect to our real world and escape potentially stressful distractions.

In one sense wabi-sabi is a training whereby the student of wabi-sabi learns to find the most basic, natural objects interesting, fascinating and beautiful. Fading autumn leaves would be an example. Wabi-sabi can change our perception of the world to the extent that a chip or crack in a vase makes it more interesting and gives the object greater meditative value. Similarly materials that age such as bare wood, paper and fabric become more interesting as they exhibit changes that can be observed over time.[citation needed]

The wabi and sabi concepts are religious in origin, but actual usage of the words in Japanese is often quite casual because of the syncretic nature of Japanese belief

This explains Rasta's trademark "dropped wallet" cutback in which re-enacts his attempt to reclaim a $5 note he saw fall out of the pocket of his boardshorts on a wave years ago.
Only a rat can win the rat race.
Top

No arguments here. It's not much of a news flash.
Every dog has its day however.

What about all the Cronulla breaks, how do they rate?
“I don’t necessarily agree with everything I say ”— Marshall McLuhan
Top

No arguments here. It's not much of a news flash.
Every dog has its day however.

What about all the Cronulla breaks, how do they rate?

Cronulla has a ridiculous amount of variety. When I was growing up and there were still some Sandhills there was usually banks all the way from the Alley to Greenhills. Plus the plethora of reefs and point.

Hatchnam wrote: ↑
Thu Sep 12, 2019 1:13 pm
How about tame down the scatter gun must consecutively post on every thread behaviour you compulsive mongoloid.

My feeling is that Cronulla is underrated. I think it may be the best area to surf in Sydney.
“I don’t necessarily agree with everything I say ”— Marshall McLuhan
Top

I think I would tend to agree. Haven't bothered to surf there very often but it's definitely got an impressive range.

I prefer the Nth Beaches though and generally hit the Coal Coast if I'm venturing out of the Eastern Suburbs.
Top
Post Reply
6904 posts